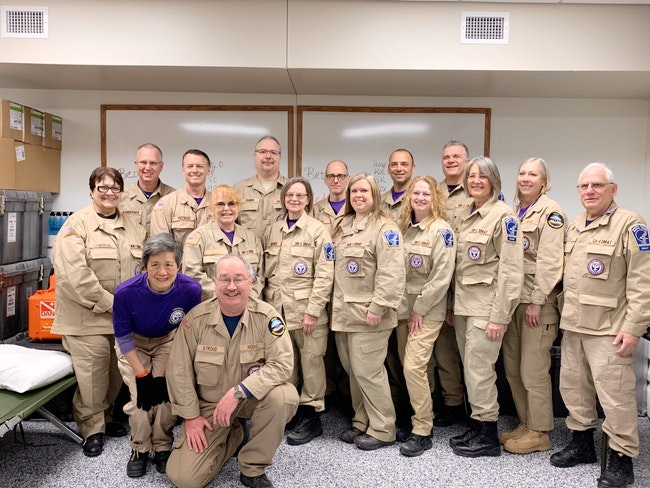 With a quick trip to Nebraska, Steve Vets learned first hand last month about reacting to the novel coronavirus now reshaping life across the country.

Vets, a doctor and the emergency department medical director for Santiam Hospital, was part of a 16-person medical team sent in early February to care for Diamond Princess cruise ship passengers quarantined at the Nebraska Medical Center in Omaha and being monitored for COVID-19.

Though none of the people he cared for tested positive for the virus, the experience is shaping Vets’ preparations in the mid-Willamette Valley.

“You spend a lot of time thinking very carefully about what all this means and how you’re going to approach it. Working with the backing of the federal government and six federal agencies is very different than what I can do in my own emergency room,” he said.

Like other local health providers and officials, he said it’s likely only a matter of time before cases appear in the Salem area.

“The first cases we’re going to see are going to be mild cases so it’s easy to be lulled into a case of complacency and security,” he said. “It takes a while from people to transition from mild cases to severe cases. So maybe it’s already here.”

His job is to encourage people to be prepared without unnecessary worry.

“Trying to get people to respond to something that’s abstract but not panic is a really nuanced thing,” he said.

In his role, he thinks of the disease in two ways: its likely impact on individual patients, and the effects numerous cases could have on the local health system.

If they do fall ill, most people will see mild symptoms, he said, often resolved by rest or over-the-counter treatment.

That means it’s hard for public health workers to know how fatal the disease really is, because they’re typically only aware of the most serious cases, where people seek medical care.

The World Health Organization said Tuesday the worldwide fatality rate for the disease is around 3%, though public health officials expect that to fall since it doesn’t include many mild cases of infection not reported to public health authorities.

“You don’t know the denominator. We don’t know how many people in China are mildly sick and didn’t seek care,” Vets said. The limited flow of information from that country’s authoritarian government creates uncertainty, he said. Now the disease is spreading widely in Italy and South Korea, countries with governments more comparable to the U.S., offering better data.

A serious problem he anticipates is the strain on local hospitals and health providers who typically see peak numbers of patients during flu season. Adding another disease on top of that could overwhelm hospitals.

“The disease itself is very treatable and manageable. The problem is volume. Everything hinges on prevention and slowing the rate that people get infected, especially the staff,” he said. “My greatest concern is that the first wave comes through and we lose 25% of our staff. That would be very hard for us to manage and very hard for any organization to manage.”

It’s likely to be several weeks before medical providers have a good idea of the likely scope of the disease’s spread in Oregon and the U.S.

“Every health system that I’m involved in, everyone is gearing up as fast as they can. We’re all taking it seriously,” he said.

In Nebraska, Vets said he enjoyed connecting with colleagues, many from the Portland area, who share his passion for high-intensity work.

“It was exciting. It was fun. It’s a great team of people. They’re all kind of disaster junkies, they’re all super interesting people,” he said.

He’s been part of a federal response team for years but said he hasn’t been able to attend past calls because of hospital duties.

“Deployments always seem to coincide with the delivery of a baby,” he said.

Much of their work in Nebraska was managing patients’ other health conditions, like asthma, while monitoring them for coronavirus symptoms over a two-week quarantine period. The team wore extra protective equipment around patients, who were in isolated rooms, and monitored themselves for symptoms of infection.

Often, the patients didn’t speak English, making it hard for those caring for them to talk.

“The people that we took care of, they were all very grateful. though there were cultural differences and you couldn’t always communicate with people correctly, there’s humanism that’s universal,” Vets said.

Santiam Hospital is a not-for-profit, 40 bed acute-care hospital located in Stayton, Oregon, which is a short 12-mile drive east of Salem, and serves more than 30,000 people annually from the communities of Stayton, Sublimity, Aumsville, Mill City, Jefferson, and the surrounding areas. 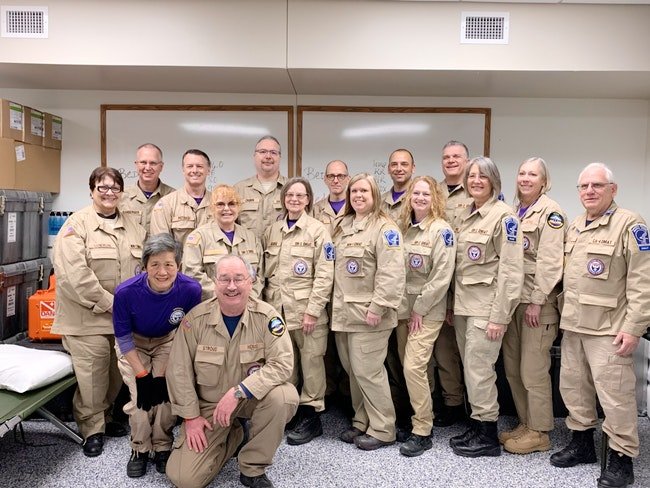 Preventing ER Visits During the Holidays

Everything You Need to Know About the Flu

Back to School Safety

Find a Doctor by Specialty